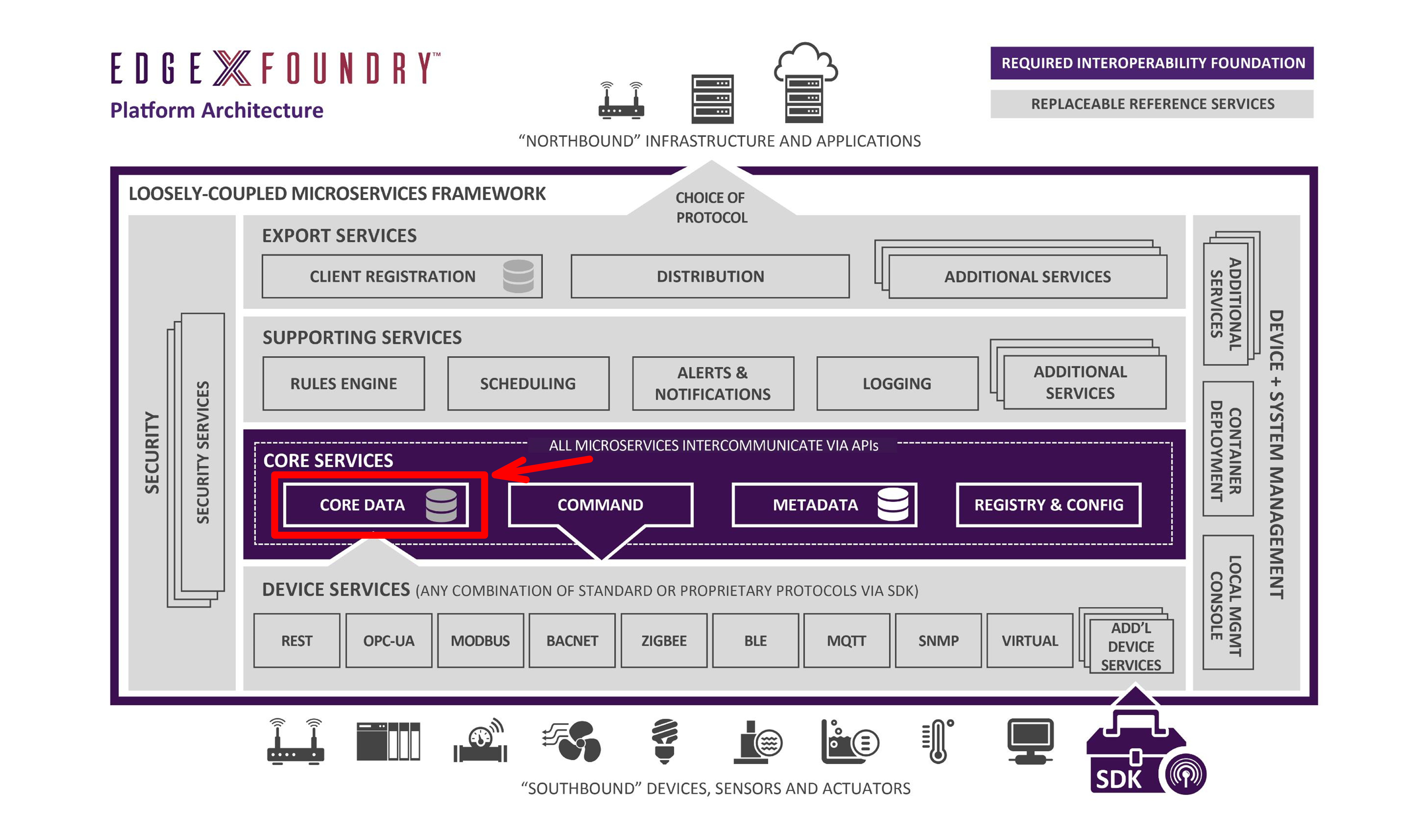 The Core Data microservice provides a centralized persistence facility for data readings collected by devices and sensors. Device services for devices and sensors that collect data, call on the Core Data service to store the device and sensor data on the edge system (such as in a gateway) until the data can be moved “north” and then exported to Enterprise and cloud systems.

Other services, such as a Scheduling services, within EdgeX Foundry and potentially outside of EdgeX Foundry, access the device and sensor data stored on the gateway only through the Core Data service. Core Data provides a degree of security and protection of the data collected by devices and sensors while the data is at the edge.

Core Data uses a REST API for moving data into and out of the local storage. In the future, the microservice could be expandable to allow data to be accessed via other protocols such as MQTT, AMQP, and so forth. Core Data moves data to the Export Service layer via ZeroMQ by default. An alternate configuration of the Core Data microservice allows the data to be distributed to the Export Services via MQTT, but would also require the installation of a broker such as ActiveMQ.

By default, Core Data does persist all data collected by devices and sensors sent to it. However, when the data is too sensitive to be stored at the edge, or the need is not present for data at the edge to be used by other services locally (e.g. by an analytics microservice), the data can be “streamed” through Core Data without persisting it. A configuration change to Core Data (persist.data=false) has Core Data send data to the Export Service, through message queue, without persisting the data locally. This option has the advantage of reducing latency through this layer and storage needs at the network edge, but the cost is having no historical data to use for operations based on changes over time, and only minimal device actuation decisions, based on single event data, at the edge.

The following diagram shows the Data Model for Core Data. 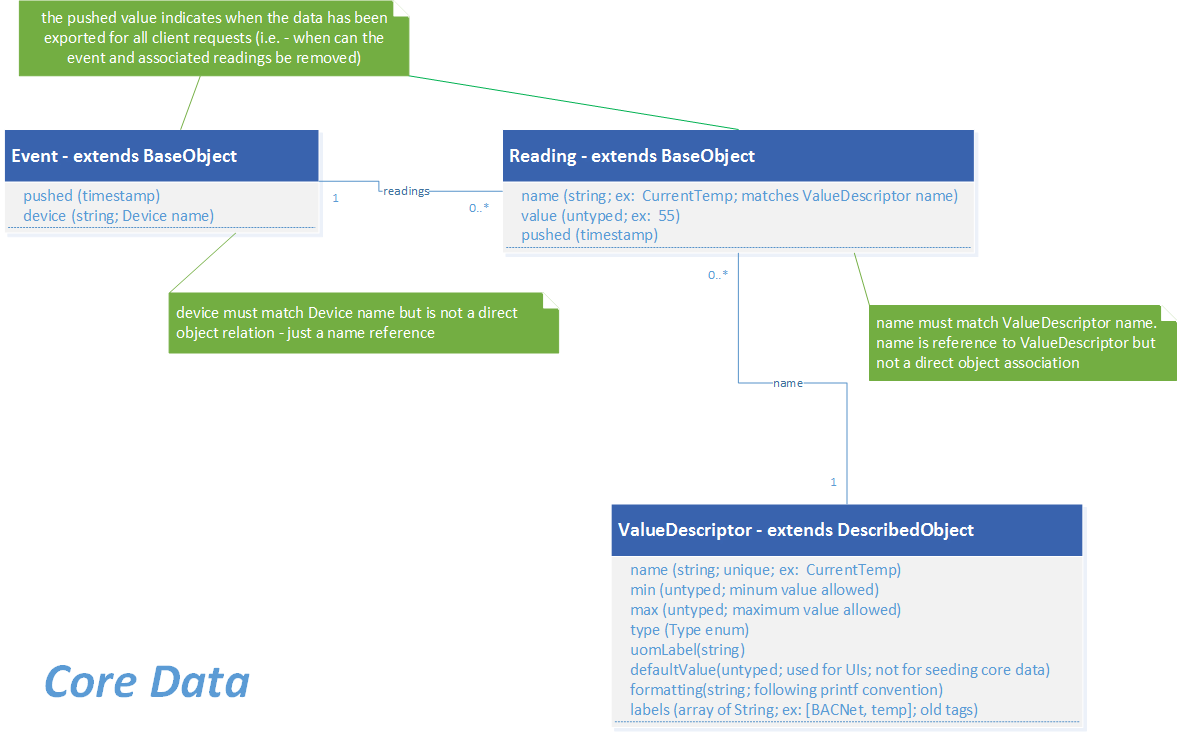 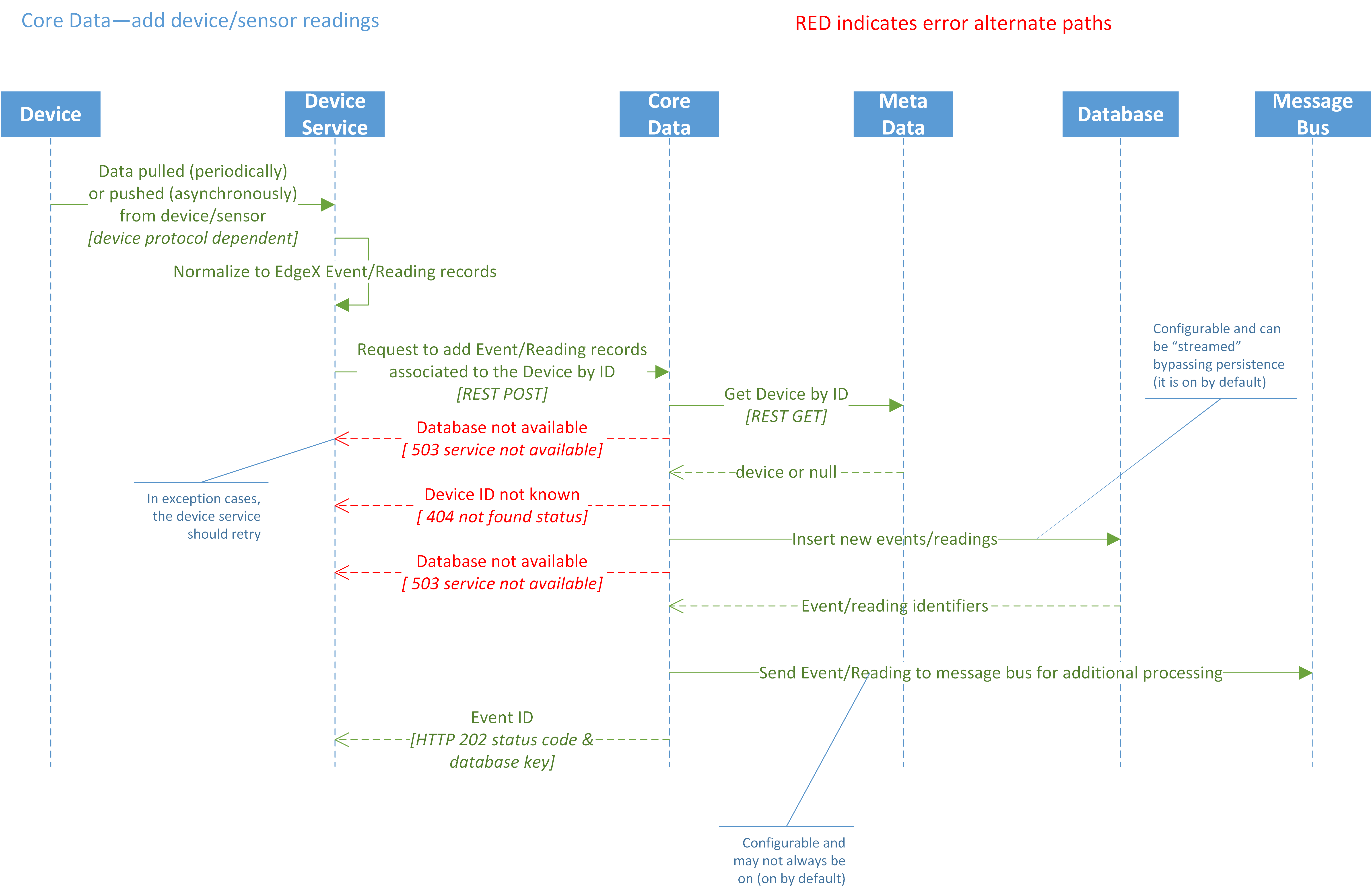 Core Data Request Event Reading or Data for a Device