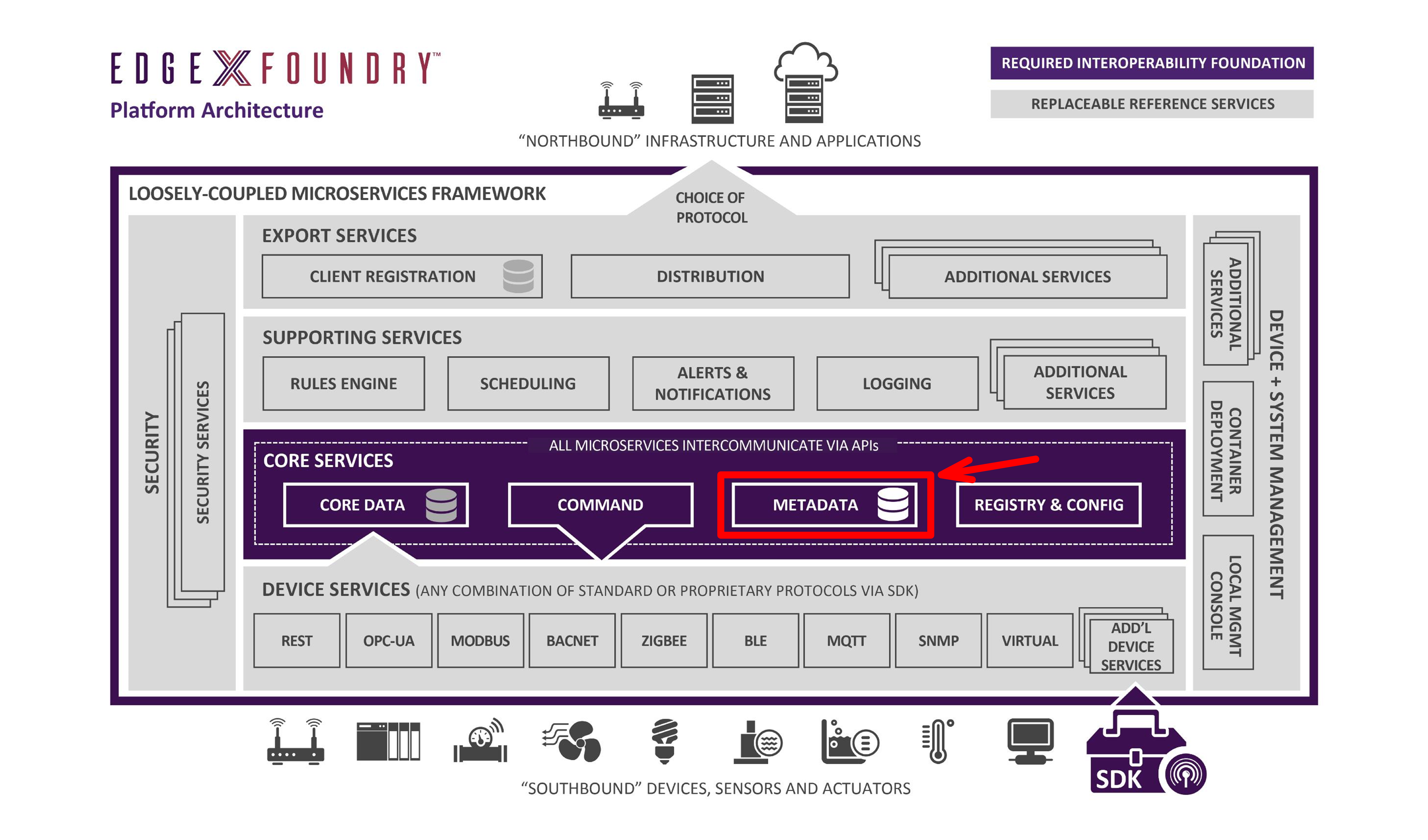 The Metadata microservice has the knowledge about the devices and sensors and how to communicate with them that is used by the other services, such as Core Data, Command, and so forth.

Specifically, Metadata has the following abilities:

The Metadata does not do the following activities:

General characteristics about Devices, the data they provide, and how to command them is shown in Device Profiles in EdgeX Foundry. A Device Profile can be thought of as a template of a type or classification of Device. For example, a device profile for BACnet thermostats provides general characteristics for the types of data a BACnet thermostat sends, such as current temperature, and which types of commands or actions can be sent to the BACnet thermostat, such as cooling set point, or heating set point. Therefore, Device Profiles are the first item that the Metadata service must be able to store or manage in local persistence, and provide to the other services of EdgeX Foundry.

Data about actual devices and sensors is another type of information that the Metadata microservice stores and manages. Each specific device and sensor that is managed by EdgeX Foundry must be registered with Metadata and have a unique ID associated to it. Information, such as the device’s or sensor’s address is stored with that identifier. Each device and sensor is also associated to a device profile. This association enables Metadata to apply generic knowledge provided by the device profile to each device and sensor. For example, a specific device such as the BACNet thermostat located in the CTO Solutions lab in Dell’s building, is associated to the BACnet thermostat device profile described above and this connection would imply that this specific BACnet thermostat provides current temperature data and responds to commands to set the cooling and heating points. 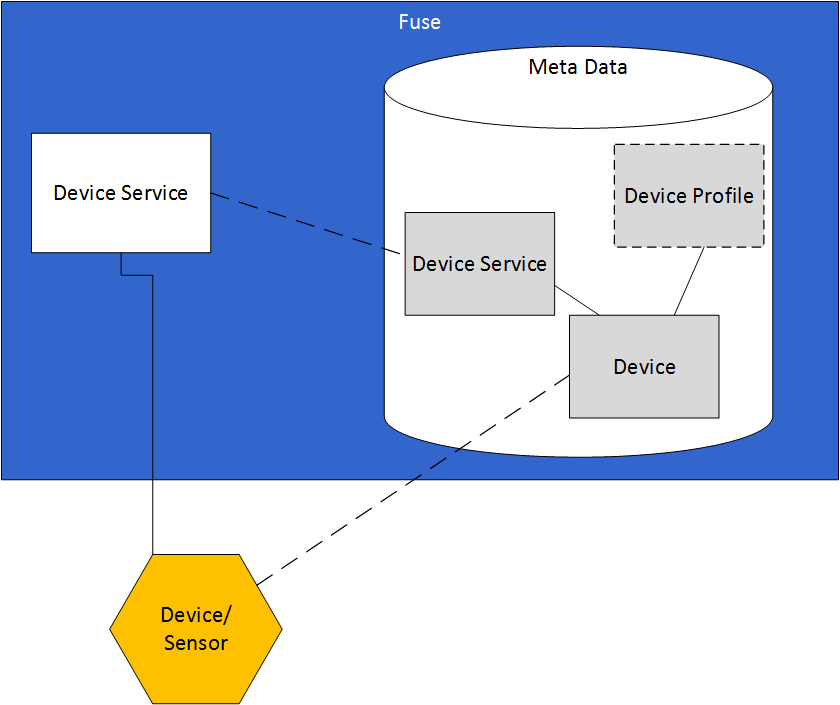 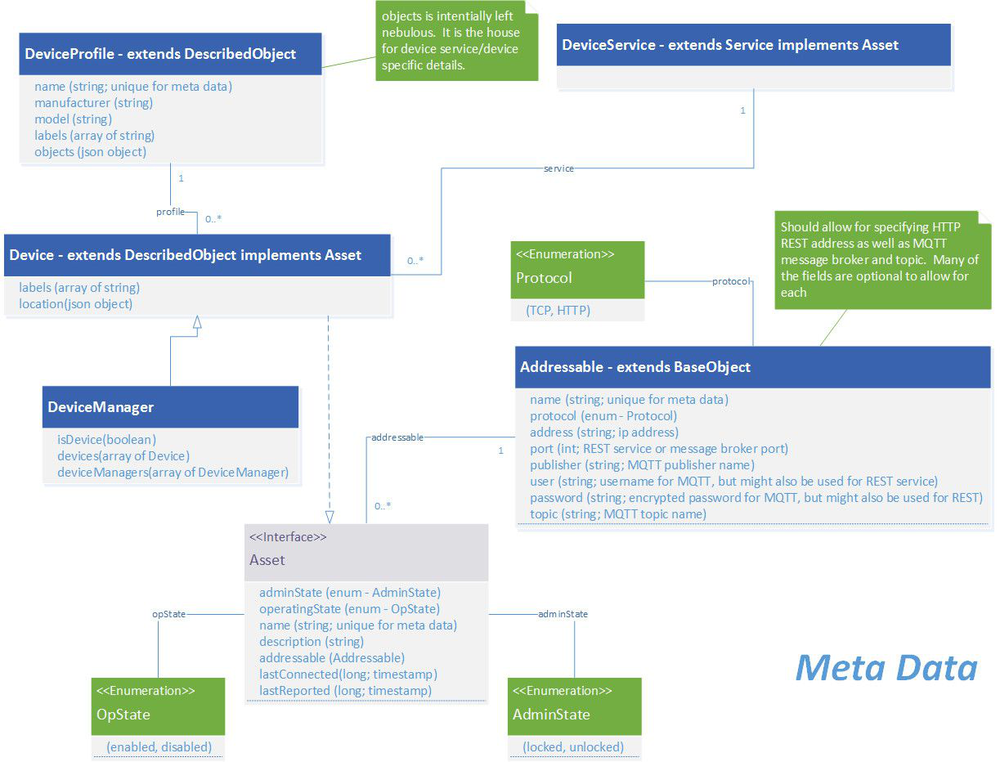 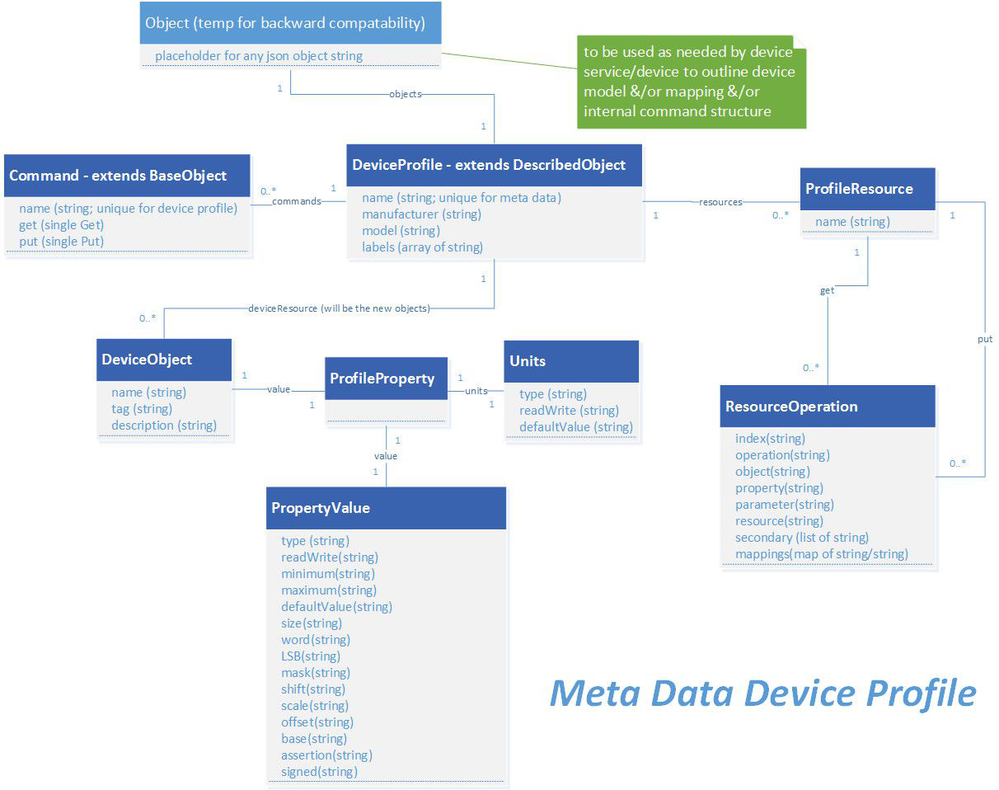 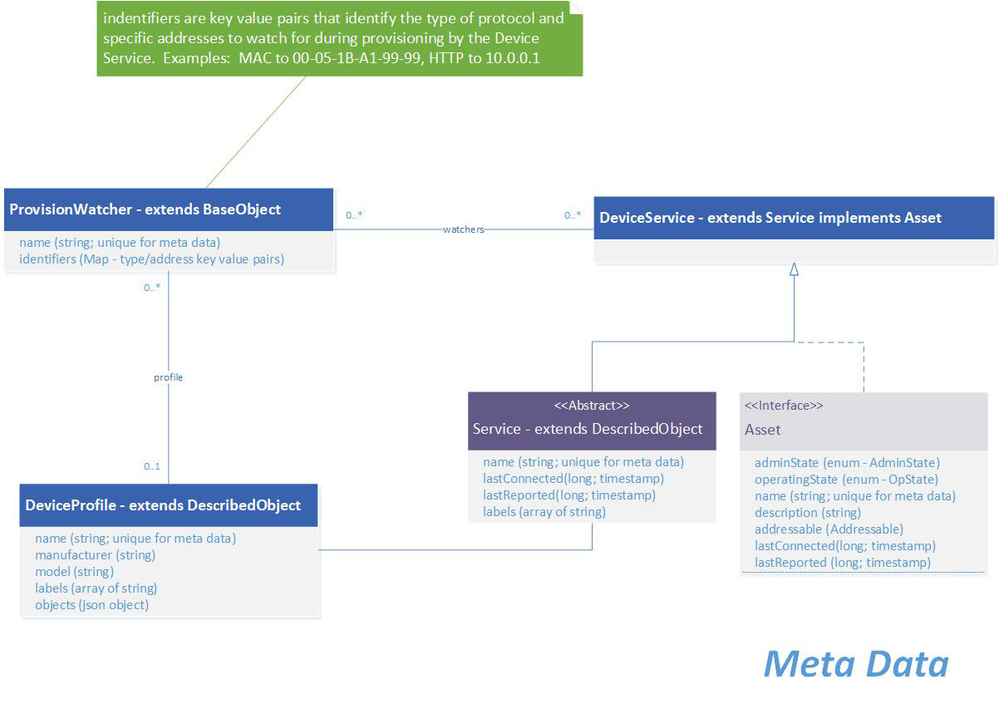 Sequence diagrams for some of the more critical or complex events regarding Metadata. 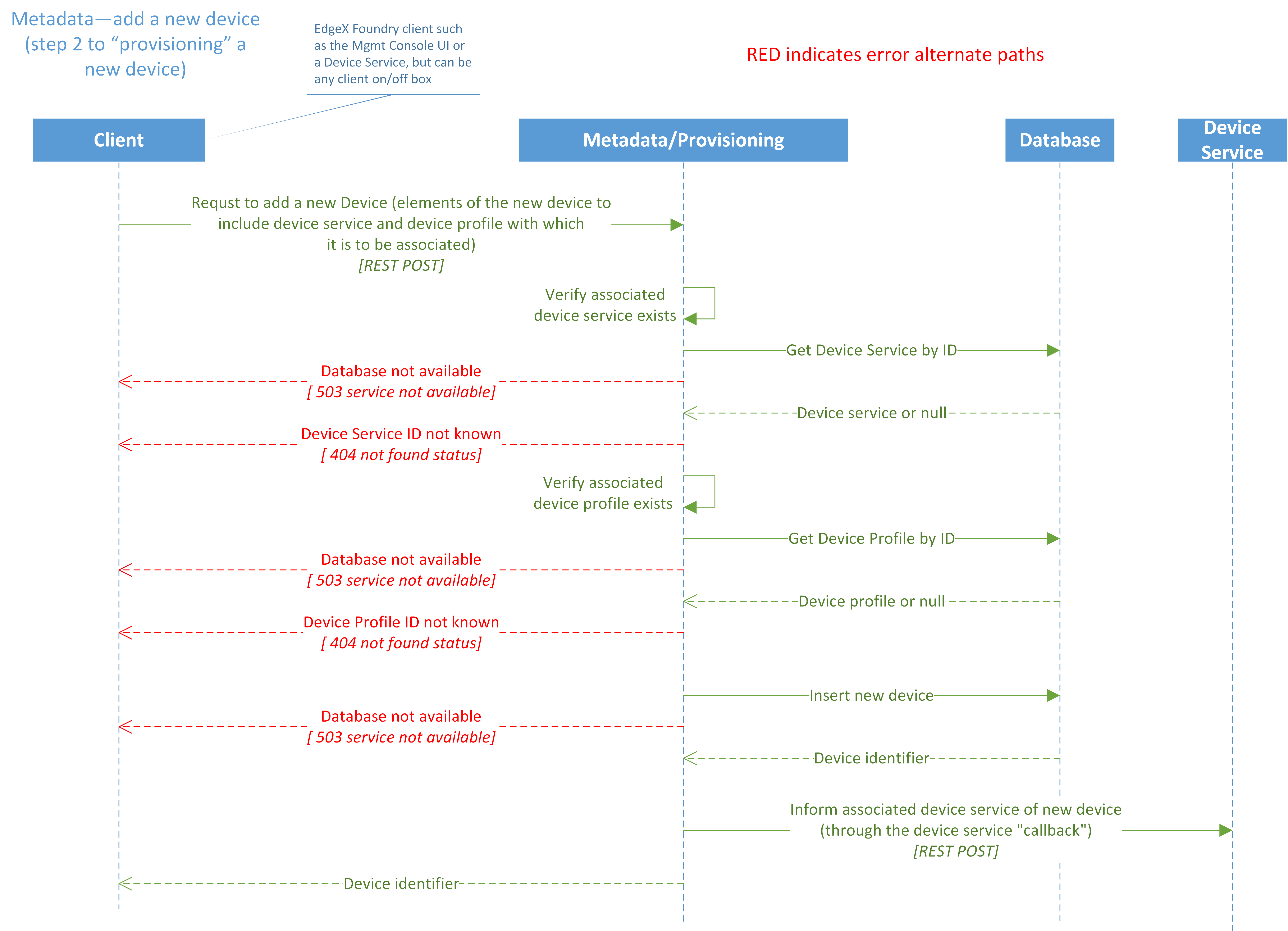 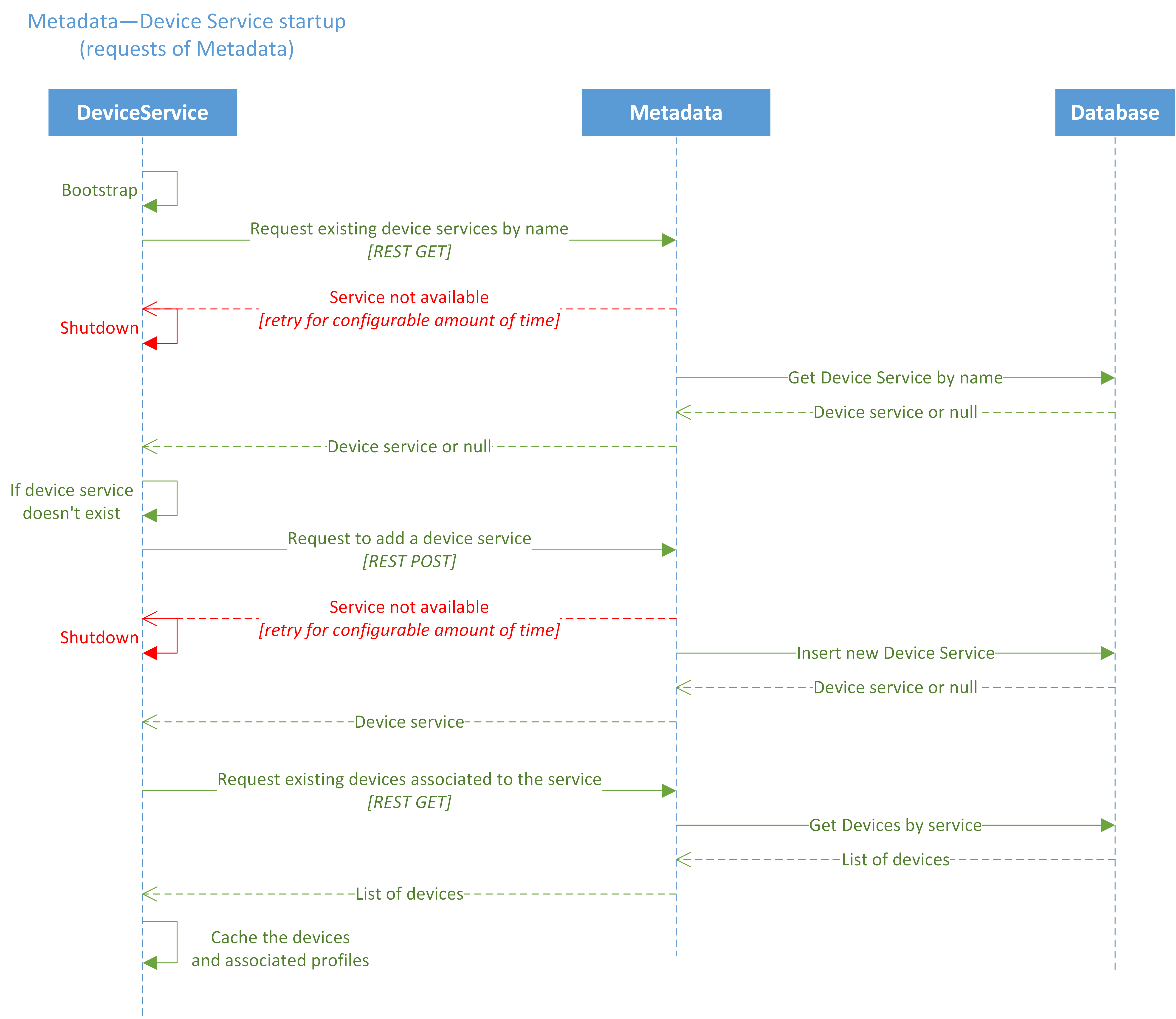